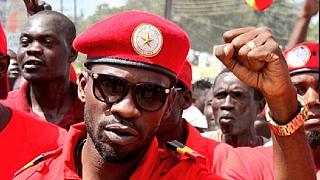 Chamisa said Wine — arrested, tortured and declared an enemy by Museveni — was expected to land in Harare yesterday along with delegates from political parties from Swaziland, Kenya and South Africa.

“Some of these figures have already landed in Harare and they had slight problems at the airport, but we are solving those,” he said.

Chamisa said the MDC congress was going to be a diplomatic offensive on its own.

“We are reaching out, connecting with progressive democrats and redefining the MDC, not only as the alternative, but also as a major diplomatic player by connecting with our brothers and sisters on the continent,” he said.

He said he was also expecting Speaker of the House of Assembly Jacob Mudenda, chiefs and traditional leaders to grace the congress.

“We have invited them because they are constitutional arms and as a Zimbabwean party grounded on openness, transparency and accountability, we want them to see our processes and for them to understand the MDC ” Chamisa said.

Having fended off attempts to thwart the congress at the last minute, Chamisa said it was time to propel his party into the future.

“We are looking beyond the High Court challenges. We are placing our energies in building the party and the country, this is what is moving us. The past are lessons and not destinations,” he said.