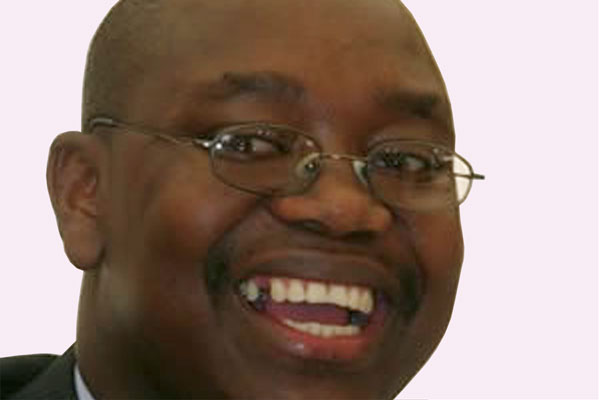 THE media war allegedly declared between The Herald editor Tichaona Zindoga and NewsDay editor Wisdom Mdzungairi over a story that some civil society organisations (CSOs) leaders including a reporter from the NewsDay, attended a meeting to plan subversion in Zimbabwe is the latest spat in a long history of discomfort between what we generally refer to as State media and private media journalists.

THE media war allegedly declared between The Herald editor Tichaona Zindoga and NewsDay editor Wisdom Mdzungairi over a story that some civil society organisations (CSOs) leaders including a reporter from the NewsDay, attended a meeting to plan subversion in Zimbabwe is the latest spat in a long history of discomfort between what we generally refer to as State media and private media journalists.

At the core of the matter is a question of ethics; key questions being should The Herald have verified this story with the NewsDay and is the story really true? And if the story is untrue as the NewsDay says, why did The Herald publish it?

The consequences of the story are far reaching, as the police have arrested some CSO leaders who allegedly attended this so-called training.

It is important to note that CSO leaders, activists and communities attend hundreds of trainings, as civil society activism and advocacy work is about skills and CSOs are also about exercising one’s right to freedom of expression and association. Such trainings are advertised daily in many local and international forums.

In essence, the criminalisation of attendance of CSO trainings is the height of paranoia that makes those in power a danger to their own people.

I can say unequivocally that this case is another own-goal borne out of a lack of confidence by the Emmerson Mnangagwa government as it will come to naught in a competent court of law. The intention, however, is not so much that they don’t know that no crime was committed but to exert authority, cause fear and discouragement within civic actors.

It is an attempt at diverting public attention from economic failures and create a siege mentality that Zimbabwe is being subverted and not that its leaders are failing. It is a typical Robert Mugabe-era political strategy and so much for the new dispensation.

As such, I was reminded of a story told by a senior Ghanaian journalist at the 2019 World Press Freedom Day in Addis Ababa, Ethiopia.

The journalist worked under the military rule, post-Kwame Nkrumah, Ghana when the West African country fell under the National Redemption Council in the years 1972-79. This council was, in turn, overthrown by Jerry Rawlings and the rest is history.

These were not the best of times for Ghanaian journalism. The capture of the media by the military elements was executed under an unusually named department, the Psychological Operations Unit of the army and intelligence, shortened to Psycho-Ops.

A key function of this unit was to cause social and political shocks and set the agenda to justify certain actions such as arresting political rivals, CSO leaders, journalists, banning organisations and any other action the military dictatorship deemed necessary in pursuit of its political and economic interests.

The Ghanaian journalist says stories were submitted by the military and intelligence and all media had to publish them without question. Psycho-Ops would regularly hold long meetings with both private and State media editors, often under duress and threats to ask questions as to why a certain picture is not big enough, not in colour, including why they used this font size and not that.

Journalists who were courageous enough to ask why they had to publish all these stories without the right to verify and edit them were told the stories were for Psycho-Ops. Those who resisted Psycho-Ops editorials were often arrested, threatened, beaten and dismissed from their jobs. Our fellow Ghanaian journalist says he could not stomach jail time so after clashes with the Psycho-Ops teams he went into exile.

This Ghana story came to mind in light of The Herald and NewsDay spat and questions on the editorial independence of the State-owned and State-controlled media.

The teams at Zimpapers are not only competent journalists, but friends and likable characters, but do they have control of what goes in the paper?

This question is important in light of the media reform agenda that the government is parroting as revolutionary while it may turn out to be a mere change of titles.

The key question is: Will media policy reforms be enough or we equally need to reflect on the role, ownership, management of State-owned and State-controlled media, including Zimbabwe Newspapers, New Ziana and the Zimbabwe Broadcasting Corporation?

This was meant to have ended with the Mugabe regime, so we are told, but it has persisted under the Mnangagwa regime and with similar effects, that is, arrests, harassment of citizens more so CSOs and political opposition activists.

My take is that fellow journalists working in the State-owned and State-controlled media are both active participants and are largely driven by economic interests, but they are also victims of a culture of abuse of the media by successive governments in Zimbabwe, including those led by Cecil John Rhodes, Ian Smith and former President Robert Mugabe.

Zimbabwe’s elite political leadership has hardly had a change in attitudes, practices and culture in State and media relations. So, Zimbabwe may have embarked on media law reforms, but the culture, practices, and attitudes remain the same.

In essence, journalists at the State-owned and State-controlled media are caught between a rock and hard place. If you have to pay your rent and put food on the table, then you don’t question Psycho-Ops editorials.

Unfortunately, we have all seen how this ends; the same political groups always dump our colleagues after abusing them over the years.

At the ZBC, a senior colleague is being pursued to return the loot, another fellow journalist at Zimpapers was kicked out for not showing enough enthusiasm for the President, some are in the “editors pool” and others plucked off their stations to some obscure bureau chief role for being G-40 or sympathetic to Mugabe.

Maybe it is time for a national dialogue on the role of the State-owned and State-controlled media.

That dialogue cannot start inside the same media as the journalists are either too afraid, or too politised to resist. In essence, the NewsDay story that appeared in The Herald is a Psycho-Ops story.

It was neither written nor edited by The Herald journalists contrary to any other assertion. It is possible the byline was simply inserted by the casting of lots.

The attitude of the CIO, military, Information ministry and Zanu PF towards the media is yet to change. In this regard, new media policies will mean nothing where those with power have no interest in pursuing a more plural and diverse media.

By these actions, they unfortunately betray their own fears and a lack of confidence to take Zimbabwe forward.

They are the latter-day version of the Ghanaian National Redemption Council, hardly redemptive.