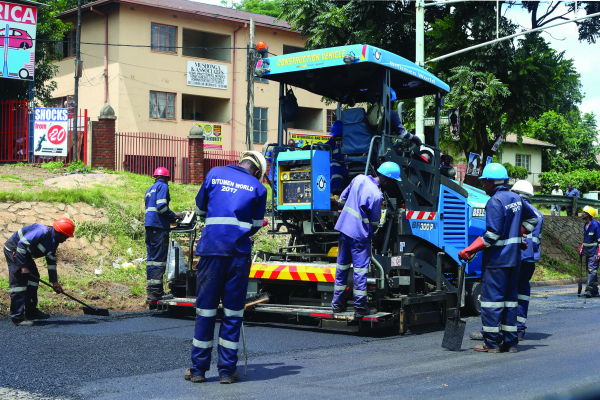 GWANDA municipality has finished tarring all major roads in residential areas and the central business district (CBD) as the town steps up its bid for city status.

GWANDA municipality has finished tarring all major roads in residential areas and the central business district (CBD) as the town steps up its bid for city status.

The municipality, which is eyeing city status in a year, is on a drive to improve its infrastructure and offer incentives to lure investors to the gold-mining town.

Road rehabilitation started in 2015, including installing traffic lights in the Matabeleland South provincial capital. Two years ago, the municipality went into overdrive rehabilitating and resurfacing roads which had been littered with potholes.

“What we have done as (part of) infrastructure development is that our road network is now sound. We have tarred all our roads in the high and low-density suburbs. I can safely say all our major roads in the town are tarred now,” Mazhale said.

He said the biggest road project was more than 15km long, which links the CBD with all the suburbs.

“That road capped our road rehabilitation programme. This is a new road because previously it was a dusty road. This road links all the suburbs in the town starting from the CBD, low, medium and high-density, going as far as the province’s heroes acre. So in terms of road network we are done,” he said.

Zinara and the Ministry of Transport have been the major funders of the local authority’s road project.