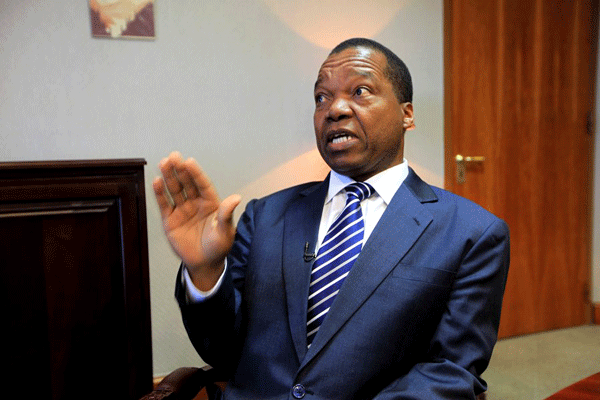 BUSINESS organisations have agreed on a process to arrest the economic decline and stabilise prices of basic commodities.

BUSINESS organisations have agreed on a process to arrest the economic decline and stabilise prices of basic commodities. At the end of last week, the forex parallel market rates had jumped to as high as US$1:RTGS$6,5, an increase of 30% from the start of the week with businesses sourcing their monies mostly from this market.

Foreign currency from the parallel market is mainly used to import raw materials and settle foreign currency obligations because the official interbank forex market is failing to meet demand.

“A high-level meeting of business member organisations was held at Confederation of Zimbabwe Industries (CZI) on Friday. Business membership organisations representatives from, industry, agriculture, mining, banking and retail were present. The purpose of the meeting was to receive a report on the interbank market from economists and to deliberate on how business can jointly and proactively work together to play their role in working to stabilise the economy instead of working in silos. The National Competitiveness Commission was also represented,” CZI president Sifelani Jabangwe said in a statement on Friday following the meeting.

“The business attendees agreed on an urgent process to be implemented collectively by business, government and labour. This process is expected to yield interventions to arrest the decline and stabilise the situation in the short-term as it will involve all economic agents.

“The process will yield an outcome which is a model that can be used to bring back balance to pricing of various commodities as well as rewarding of labour. The model will help to identify standards of disciplined behaviour that we need to adhere to as business, labour and government in order to achieve economic growth and stability.”

Jabangwe said the process agreed by businesses would then feed into the Tripartite Negotiating Forum (TNF) process once the TNF bill is passed so that its provisions are binding to all parties.

The TNF Bill, once enacted into law, will provide a platform for engagement, negotiating and consultation between government, business and labour on issues of common interest relating to socioeconomic policy.

“Business thus urges restraint among economic agents as the state of the economy is being exacerbated by panic and speculation. Business is confident in the ability of local players to stabilise the situation for as long as we work together with the required urgency to bring about a homegrown solution,” he said.

On Saturday, the central bank said it will from today start drawing down on a US$500 million facility an unnamed pan African bank.

This will be used to supply the interbank forex market and meet the forex payment requirements of businesses and individuals.

“This amount shall go a long way to stabilise the exchange rates and prices of goods and services in the economy,” RBZ governor John Mangudya said.

In his State of the Economy address last Wednesday, Treasury boss Mthuli Ncube said there was about US$800 million in nostro accounts, adding that government would make sure those monies can be released into the market.