Robbers pounce on Mukuru in Bulawayo 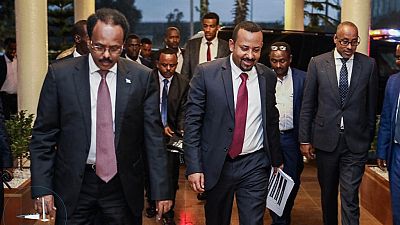 Ethiopia’s prime minister, Abiy Ahmed on Tuesday, accompanied his Somalian counterpart Mohamed Farmaajo to the Kenyan capital of Nairobi, where the former will lead efforts to restore diplomatic relations between the two countries.

Last month, Kenya summoned its ambassador to Somalia, saying it was protesting a decision by the Mogadishu government to auction oil and gas exploration blocks at the centre of a maritime territorial dispute in the Indian Ocean.

The International Court of Justice (ICJ) in The Hague is considering a claim on the two countries’ maritime boundaries brought by Somalia in 2014 after negotiations over the 100,000 square km stretch of sea floor broke down.

What is expected to happen in Nairobi?

The office of the Ethiopian prime minister said mediation efforts were designed to ‘ease tensions that have been building.’ Abiy left with Farmaajo, after holding bilateral talks in the Ethiopian capital of Addis Ababa.

Somalia’s presidency on Tuesday tweeted that Farmaajo’s main objective is to ‘restore and strengthen diplomatic relations’ with Kenya.

While Kenya’s Uhuru Kenyatta met with Abiy twice over the past one week, in Addis Ababa and Asmara, he was not present to welcome the two leaders as they arrived at the airport in the capital Nairobi. 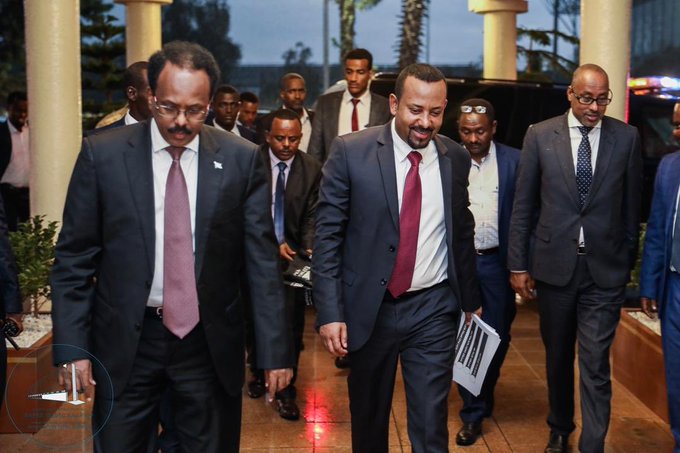 Office of the Prime Minister – Ethiopia

PM Abiy Ahmed and @M_Farmaajo are currently on their way to Nairobi, Kenya to meet with @UKenyatta. It is expected that the mediated meeting between Kenya and Somalia countries will ease tensions that have been building.

H.E @M_Farmaajo arrived in Nairobi, Kenya. The president’s main objective is to restore and strengthen diplomatic relations with the Republic of Kenya. H.E @M_Farmaajo is accompanied by the PM of Ethiopia, H.E Abiy Ahmed.

188 people are talking about this

FROM THE SAME COUNTRY