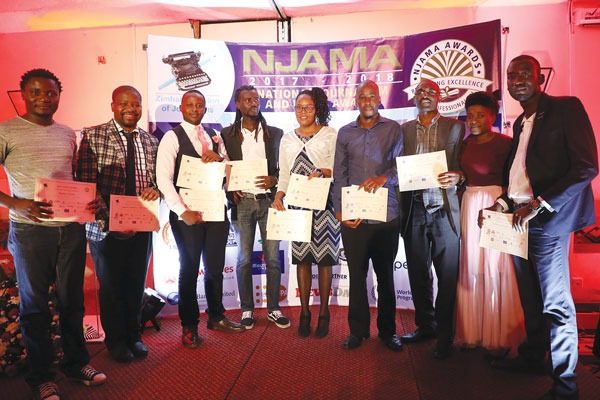 ALPHA Media Holdings scribes on Wednesday evening once again dominated the National Journalistic and Media Awards, scooping 11 out of the 20 gongs that recognised journalism excellence in the country.

ALPHA Media Holdings scribes on Wednesday evening once again dominated the National Journalistic and Media Awards, scooping 11 out of the 20 gongs that recognised journalism excellence in the country.

AMH is the country’s biggest private media organisation and publishes its flagship and the country’s premier daily newspaper, NewsDay as well as The Standard and Zimbabwe Independent.

NewsDay editor Wisdom Mdzungairi said the numerous awards were a confirmation of the media house’s astute reportage of different issues in the country.

“It is humbling that the industry recognises the efforts of our journalists to be the best at what they do. That is why we are the biggest newspaper in the country,” Mdzungairi said.

Officiating at the awards, Information minister, Monica Mutsvangwa said gone were the days when government would be at loggerheads with the media.

“That which used to happen in the country where it was ‘them and us’ is no more, and government in this second republic has shown greater commitment to media democracy because a professional, ethical and quality media can benefit individuals, corporates and government so that they make decisions based on quality information,” Mutsvangwa said.

She blasted the culture of corruption and cheque book journalism while calling for professional and ethical conduct in the media.

Mutsvangwa also lamented sexual harassment of female journalists in newsrooms saying it must end as it deterred young female graduates from practising as journalists.