In the service of the good shepherd 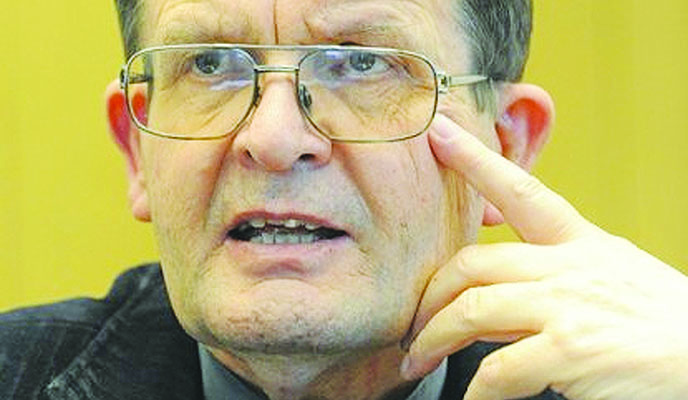 The Lord is my shepherd Are we ever in a mood of equanimity? Of an even temper? Can we receive a neighbour with a balanced and a good heart, without being corroded and eaten by jaundice?

The Lord is my shepherd Are we ever in a mood of equanimity? Of an even temper? Can we receive a neighbour with a balanced and a good heart, without being corroded and eaten by jaundice?

Can we keep our hearts free from evil thoughts, envy, aggression, walking like those who walk in the “valley of darkness” (Psalm 23: Yahweh is my shepherd, I lack nothing).

Can we remain pure of heart, (Happy the pure in heart for they shall see God: Matthew 5:8), though surrounded by spirits of darkness staring through our windows?

How can we speak words of mercy and compassion if our hearts are enraged with fury?

Let us speak what our hearts are truly full of”. Let us not lie with our tongues when our hearts have nothing to say, except words of anger about to give way to madness.

How can we speak words of peace, praise, confidence and yet our hearts are proud of the sword, armaments and invincibility? The number of tanks and jetfighters: How can we threaten neighbours with weaponry and terrorise one another with mutual deterrence?

Must we not reduce our number of bombs, of tanks, of rockets, before we quote the possible number of fatalities?

Before we count the number of victims, must we not first count the potential number of survivors?

Our “peace talk” must prove itself by the success of our reduction of weaponry and armaments number of soldiers and guns at our disposal, Our pride as warriors cannot compete with our pride as “peace activists”,

I was only 15 years old when I first started a small paper for the young people of our parish. I even clashed with our old retired parish priest. We had a conversation with him which was quite lively and we ended with a reconciliation. It was about “co-existence” between Evangelicals and “Roman Catholics”. The old priestly gentleman was very fair and the boys on the other side (me among them) had a nice sense of humour, so we parted company reconciled. In future we would always stop for him on the street for a little chat. The old man is retired now, he no longer has church or parish house. But he still has the people. Some may no longer come to church, but they stop the old little pastor and chat with him. He was old, white-haired and shuffling along with tiny steps. For some, this was their encounter with the Word of God. The goodness and kindness carved in the features of the old retired pastor was enough for some of us boys in place of a sermon. When a youngster thinks of joining the church, what attracts him ? God whom they know as the Lord Jesus Christus? Or the people of God, especially those who are curious about him? I was certainly closely attached to the community of our Lord and then also to the man Jesus and his disciples! I liked to be with people who were in two worlds. I had not chosen the troubled people, I was not prejudiced towards the German people or those of Europe in general. I had never longed for Africa or the tropics, but one day I suddenly knew what I wanted, that is, to go with my companions to Africa and make Christ and his followers known. He was definitely not known then: black and white live in separation; they still had not freed themselves from the slavery of apartheid.

My studies in the United Kingdom finished, I moved to the country which was soon to be called Zimbabwe (House of Stone) where I became a (fisherman or shepherd/pastor) in the spiritual sense. In the sense of Jesus. There was conflict and violence, but not really between those from the “dark continent” and the white people from across the sea. There were friends with whom we were happy to make it as one family and stop fussing about “race”, regardless of colour. I had not grown up with various racial groups. I was familiar with most of them. I was used to live with a great variety of different communities, who were children of the same father and brothers and sisters of the one son of the one father.

There was only one God and Father, one people of God. One Jesus who had one mother, and who was inspired by one holy spirit. At least that was our direction, which we stuck to without getting lost among the trees. Anyone not faithful to this one “Lord and master” had to become a fresh member through His spirit.

Children can get lost. When I was seven years old I might have been picked up by the British on the inter-German border and handed me over to Soviet troops. But it was raining cats and dogs and the Russians were not interested. My family picked me up from a camp for lost children and I proceeded happily to the West.

Polish children were snatched from troops of their fatherland and landed in South Africa where they somehow found a new home.

Wars often shift little children across to new frontiers. There are always children who need new parents. In disorganised military forces, men without a home, or women without friends long for a warm home atmosphere or places where they can sink roots for a new beginning. They are vulnerable and may accept any offer, ending up being exploited sexually.

We meet children in the arms of their mothers, kept alive by their military fathers, like pieces of war propaganda to justify the combat fighters flown by their elder brothers, young women in Islamic traditional dress teaching their veiled little sisters. What keeps them alive? The great tradition of the old covenant of Israel; the enormous trust they have in the God of Israel?

What will ever enable the people of Israel to rebuild their heritage and their country, if not love of their children?

But what about the children of the enemy? Can we accept their parents losing them without batting an eyelid? Is it not just a further punishment? If we were to protect our enemies from such a heart-breaking loss, would it not collect burning ashes on their heads and be a first step on the road to peace and reconciliation?

If we had to carry the same burden and were overwhelmed by the same despair and similar pain, should not our hearts open to our opponents, have compassion, if not with elders, then at least with their children and embrace those little ones?

So many youngsters have a very bad start in life: not just due to lack of food and medical needs, but also warmth and affection, comfort and health care. There are also mothers and fathers who fight each other, including brothers and sisters who selfishly beat the little ones and never defend them from aggression and abuse.

Sexual abuse is common even in good homes, where fathers and mothers are well educated. Fathers who beat their wives also brutalise the mothers of their children. His children are very likely to become wife-beaters, having been addicted as boys to the abuse of women.

When we drive in town, we see a never ending number of destitute children and starving orphans. At traffic lights they stop us to find left-overs in rubbish bins, and street kids are scolded and shouted at as if they were rats. One of the great evils in our world of abuse of children and misuse of animals is child slavery. And there again the abuse is deeply corrupting for little boys, even girls who have been alienated from the culture of their mothers, once they are used as child soldiers. All the evil in the hearts of their captors is sheer poison for their victims. Immature children who have never known kindness, love and tenderness will just imitate the cruelty of their torturers.

Such victims of abuse, even at an early age, are not only frequently exposed to horrible physical damage and death, but they become disfigured also on the psychological, as well as on the human and moral level. A small boy who learnt how to shoot and kill may never un-learn such a cruel skill and sheer inhumanity. He may handle guns as a means of pleasure for the rest of his life and make killing his murderous trade to which he gets addicted.

What can we do about this horror? Send a policeman around to arrest these child abusers? No.

Every child must be respected by their elders as a precious human being, mwana anokosha!!” – this spirit must live in all our hearts. If children are worth nothing, maybe beaten and aborted before being born, who will honour and respect children even in their mothers’ wombs. An aborted embryo found on a rubbish heap will not be saved and rescued as a human being. Which also means , among other things, that we, as members of the human race, do not respect ourselves and one another. If we follow in the footsteps of Jesus, then we follow also the children Jesus has embraced and attracted.

As long as throwing foetuses away is a human right; as long they have no protection and people do not know the rank and dignity of such children, whether before or after birth, such anonymous beings will not enjoy being respected by the people who brought them into this world. But the more we give our children all possible chances of survival, they will live with ever greater chances of jumping across to safe havens, where love is still at work. If you want to make children appreciative of the privilege of being alive, then you must celebrate their beauty, and embrace them for the charm of their innocence. Not just your own children, but anyone else’s.

We ourselves have been embraced by our parents with tenderness, so now we receive the children of today, our own or those of others. No one should be left without a home or without parents.  Fr Oskar Wermter SJ is reflecting on his more than 40 years as the Word of God (pastor or fisherman) of Jesus of Nazareth in this country

By Lenias Hwenda 21h ago
When national medicines regulators fail, African Medicines Agency must step in