This election is about the economy 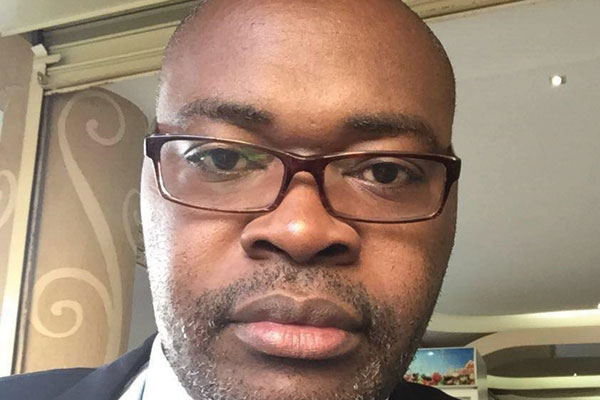 That is what defines a political season. Those yearning for power are in their persuasive best to entice you to give them your vote. They can do anything just to get your vote.

As the campaign trail intensifies, the long term purpose of choosing a leader fizzles out. A vote for employment, will soon become a vote for a bag of rice or maize.

A vote for freedom, will soon become a vote for safety from political violence. Perhaps we have spoken too early. May be times have changed.

That is what characterised our previous elections. Before those who wielded power were voted back into office, they would have assumed autocratic tendencies, making it difficult to hold them accountable to their pre-election manifestos.

Nonetheless, Zimbabwe needs a vision and time and space to heal and recover. A vision comes from ideas and not power. Power alone is unproductive. But when power is used for the benefit of its people, it brings the best out of the people. We all wish for that.

The primary focus of the 2018 post-election Zimbabwe should be sustainable economic growth, a necessary condition to spawn broader development. This election is about who can do that better. It is about who can enlarge the scope and conditions for citizens to be productive and creative.

That convergence of energies will enable the attainment of other important objectives of citizens and the nation at large, including unleashing citizens from poverty and creating resources needed to support basic services such as education, health care, transport and infrastructure development.

And again, this election is about who understands the determinants of economic growth and who can bring more investment into the country from both domestic and international markets.

There is still lack of clarity from most political parties on whether it is local or foreign investors who will drive the economy. The current administration seems more inclined towards foreign investors than drawing from local actors.

This is not a bad approach to kick-start the economy, but it is not sustainable in the long term unless local players take centre stage.

A solid and productive economy is one that belongs to and is run by local people. Foreign investors are now known to flee once conditions turn against their interests.

In addition, the primary objective of foreign investors is to enrich economies of their home countries as they exploit opportunities in their investment country. They do not have responsibility to develop our country but their countries.

History offers several successful options to make the best out of foreign investment.

Other than providing capital and liquidity, foreign investors should mainly be a primary source of technology and knowledge transfer to local players.

As they establish their investments, the government should use that as an opportunity to acquire capacity and transfer knowledge to local investors.

By the time they close shop, their presence would be irrelevant, as the emerging domestic capital takes over.

Drawing from its historical investment in education, Zimbabwe is endowed with the necessary skilled human capital to assume that role which is another major source of economic growth.

There is no debate that an educated population is a key determinant of economic growth.

Other than bringing the western corporates, this is one of the baselines that has helped China to grow its domestic industry which does not anymore necessarily depend on foreign investors.

In the absence of these transfers, foreign direct investment has a bad tendency of creating false positives by showing good economic performance which are not in the hand of locals.

Zambia, during the economic structural adjustment programmes, is a good example of this.

Government expenditure is another key consideration. Most African countries spend 50% to 60% of their income on government expenses, to the extent of denting into resources meant for production and private enterprise.

Already we hear some politicians saying they will cut down on the number of ministers as part of cutting government expenditure. There is need to balance between populism and pragmatism.

A lot of work lies ahead and more hands need to be on the deck. But, of course, lower government consumption is good for economic growth.

In addition, inflation determines the price stability, including the quality of ﬁscal and monetary policies and macroeconomic stability.

While inﬂation can signiﬁcantly affect economic growth and investor confidence, the political environment tends to be the major determinant factor.

Here, the state of a country’s democracy comes into play, including the government’s ability to guarantee a conducive environment.