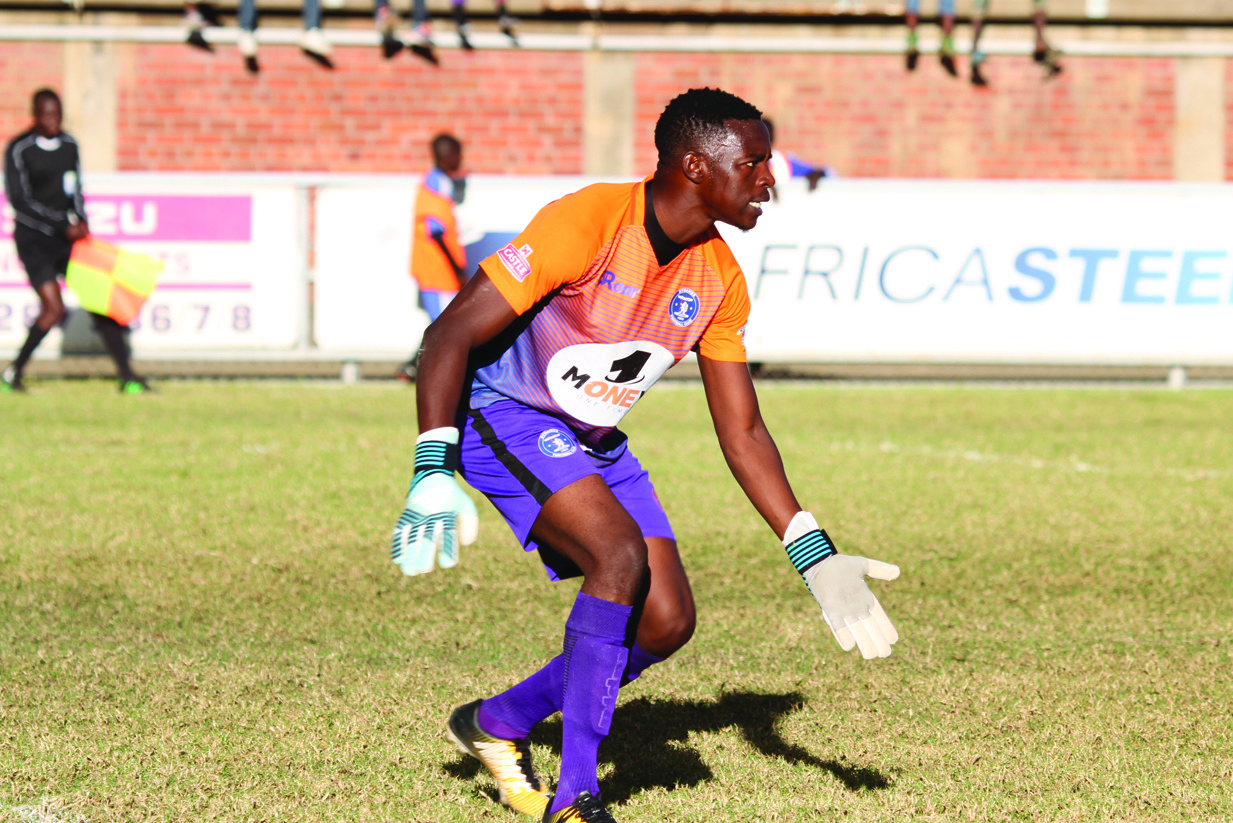 Versatile player, Peace Makaha will also miss the clash against Mutare City after he was bereaved, while vice-captain, Obey Mwerahari, is doubtful despite having been involved in full training sessions this week, for the first time after an injury layoff.

Mateyaunga did not play a part in last week’s defeat to Triangle because of a shoulder injury. However, he has been stand in coach George Chigove’s plans for the weekend game after his recovery and was involved heavily at training yesterday but had the misfortune of landing awkwardly which aggravated the shoulder injury.

Mwerahari missed a couple of games but he was heavily involved and even played in the 11-a-side matches. The coach has been working with in him in his plans but was by yesterday was not sure whether to take him to Rusape for the match.

He said he was still awaiting advice from the doctors on both Mwerahari and Mateyaunga.

“Mateyaunga aggravated his should injury and we will have to hear from the doctors on his availability for this match. As for Obey, he has participated in 11-a-side this week since he returned from injury, but again we are not quite sure of his availability until we hear from the team doctor. Peace Makaha is attending a funeral so he will not be available,” said Chigove.

But the Dynamos assistant coach put up a brave face, insisting those that will be deployed in the event the affected players fail to make it, will have to shoulder the responsibility.

“We registered 24 players and those that will play will have to shoulder the responsibility. Mutare City are a very good side. We have been working on the psychological aspect of the players and from the body language of the players, they really want it. They want the three points, and we will try our level best to get those three points.”

The coach, who is holding position for head coach Lloyd Mutasa, also said they will use the July transfer window to secure a striker to redress their scoring problems. He said they had already identified the players they want.

“Remember we have not replaced Christian Ntouba Epoupa, so we still have one slot for a striker and we fill it during the transfer window to redress our goal scoring short comings,” he added.

The Glamour Boys are in 13th place on the log standings with 14 points from 15 matches while joint leaders Ngezi Platinum and FC Platinum are on 38 points.