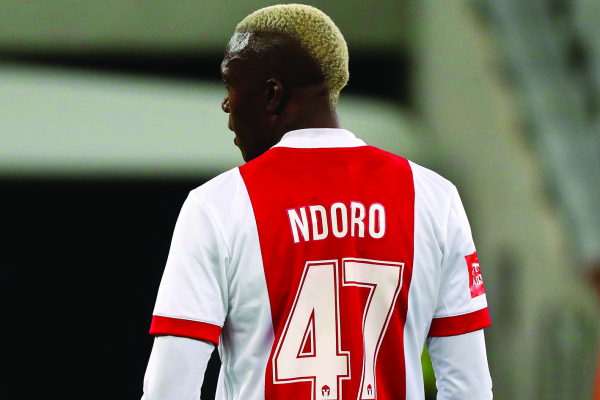 BELEAGUERED Warriors striker Tendai Ndoro has been left clubless after Ajax Cape Town indicated that they will not be renewing his stay at the club after a six-month stint.

BELEAGUERED Warriors striker Tendai Ndoro has been left clubless after Ajax Cape Town indicated that they will not be renewing his stay at the club after a six-month stint.

Ndoro joined the Urban Warriors in January from Saudi Arabian-outfit Al-Faisaly where he also had a short stint after leaving South African giants Orlando Pirates.

Ajax Cape Town yesterday stated on their official website that they are cutting ties with Ndoro whose involvement with the club cost them their Absa Premier Soccer League berth.

“The Urban Warriors have officially parted ways with Tendai Ndoro. “Ndoro’s contract was up for renewal at the end of this month (June 2018); however, the club has opted not to extend his stay at Ikamva. The club would like to wish Tendai all the best in his future endeavours and thank him for his services over the past six months,” read the statement from Ajax Cape Town’s website.

Ndoro might have also lost his job following alleged domestic violence where he was arrested for beating up his wife.

The matter went public and Ajax Cape Town refused to comment on the matter.

Last month, the Urban Warriors lost out in a second arbitration hearing on the eligibility of Ndoro who had registered with a third club in one season and were docked nine points for using the striker in league matches against Platinum Stars, Polokwane City and SuperSport United.

As a result the club plunged to the bottom of the log-standings and were relegated.

The Urban Warriors’ bid to stop the PSL promotion/relegation playoffs was dismissed. They were also fined R350 000.

Fifa regulations on the status of transfer of players state that players may be registered with a maximum of three clubs during one season and during this period; the player is only eligible to play official matches for two clubs.

Ndoro registered with Orlando Pirates, Al-Faisaly and Ajax CapeTown in one season and played for all the three clubs in breach of the Fifa statutes.

By Kevin Mapasure 4h ago
Gary leaves Test in the Ballance