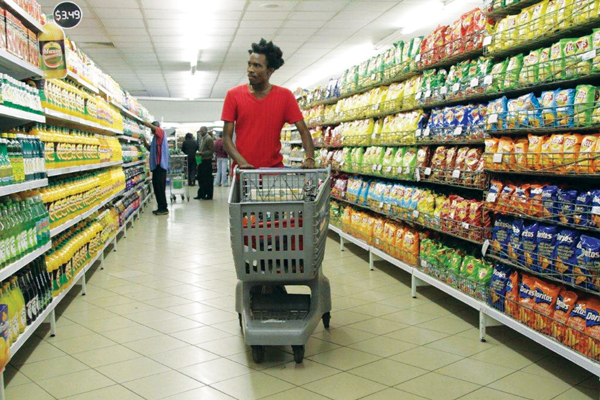 THE Consumer Council of Zimbabwe (CCZ) has reported a 2,88% increase in the cost of living to $591,58 last month from March with a rise in the food basket contributing to the figure.

THE Consumer Council of Zimbabwe (CCZ) has reported a 2,88% increase in the cost of living to $591,58 last month from March with a rise in the food basket contributing to the figure.

In a phone interview with NewsDay on Friday, CCZ executive director Rosemary Siyachitema said they had not seen any wild fluctuations in the prices of basic commodities and that the marginal increments in the prices were buoyed by cash shortages.

“We have not seen any wild fluctuations, for example, like the September 2017 increases. You will find in that thing (CCZ’s April 2018 family basket survey), which I will send to you it also has a graph, so you will be able to compare the rises and the falls are merely gentle they are not as wild as before,” she said.

“So, what we generally see is that things will go up by three or four cents down three cents, back up by five cents and things like that, so those are the general fluctuations that we see, it has been quite muted over the last month.”

“The CCZ continues to encourage consumers to shop conscientiously and to always buy certified products. Where the products are not certified, to exercise their right to information by carefully examining if the products they are purchasing are well labelled, packaged and provided with vital information such as manufacturing and expiry dates and ingredients used in the make-up of the products.”

Prices may further increase this month as a litre of fuel has hiked to $1,40 and $1,26 for petrol and diesel respectively, over the past two months growing seven and three cents during the period.