Madhuku’s fangs out against Chamisa 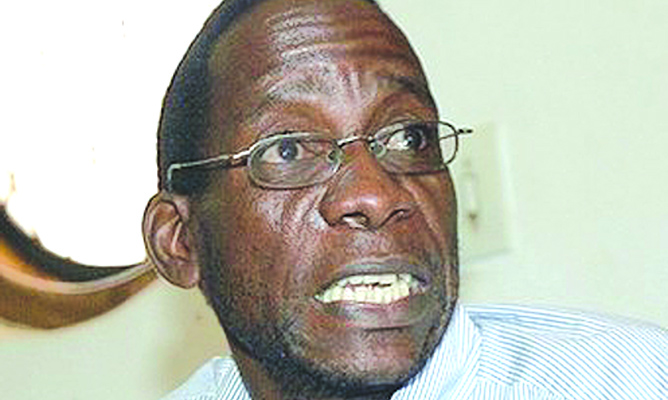 LAW expert Lovemore Madhuku has lashed out at the Nelson Chamisa-led MDC-T faction for criticising the ruling of the court case in which rival leader Thokozani Khupe won the battle over the use of the party name and symbols.

LAW expert Lovemore Madhuku has lashed out at the Nelson Chamisa-led MDC-T faction for criticising the ruling of the court case in which rival leader Thokozani Khupe won the battle over the use of the party name and symbols.

Madhuku made the attacks when he was giving a keynote address at a Zimbabwe Teachers’ Association (Zimta) meeting held in Victoria Falls yesterday.

He said all courts stood guided by facts and had no interest in meddling in political fights and, therefore, the Chamisa-led faction had no right to criticise Justice Francis Bere’s ruling.

“The courts use the Constitution to deliberate and determine if you are wrong or right,” Madhuku said.

“Freedom of association entails responsibilities of internal arrangements that you must put in place. For instance, the Bulawayo case, some people thought that it was political and it’s very unfortunate because courts are not there to make political decisions, a court exists to make decisions based on the law. The decision in Bulawayo was purely in terms of the law.”

Madhuku represented Khupe in the court case in which MDC-T acting national chairman Morgen Komichi dragged the now late party leader Morgan Tsvangirai’s deputy of 10 years to court over the use of the party name and symbol after the split of the former labour backed party over leadership wrangles.

He added: “That is why I have said to Nelson Chamisa that you want to be the president of your party, but the constitution says when the president dies, immediately, the deputy president takes over automatically up to the extraordinary congress.

“Their constitution says the [deputy] presidents are appointed in the congress. There is no court in the world or Mars that could have ruled in favour of Chamisa. You do not go to court while you are on a weaker position, but that is what they did.”

Madhuku said if organisations decided that they no longer wanted the existing laws, correct procedures must be taken to amend their constitution.

The conference runs under the theme Freedom of Association and the Right to Collective Bargaining, an Imperative to the Education System in Zimbabwe.