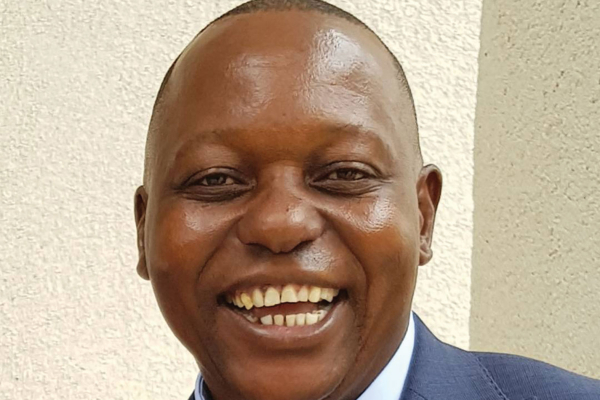 TWO important draft pieces of legislation were gazetted last week, paving the way for their introduction in Parliament. They are the Companies and Other Business Entities Bill, and the Money Laundering and Proceeds of Crime (Amendment) Bill. Gazetting means they are automatically referred to the relevant parliamentary portfolio committee, and the public can scrutinise and comment on the bills.

TWO important draft pieces of legislation were gazetted last week, paving the way for their introduction in Parliament. They are the Companies and Other Business Entities Bill, and the Money Laundering and Proceeds of Crime (Amendment) Bill. Gazetting means they are automatically referred to the relevant parliamentary portfolio committee, and the public can scrutinise and comment on the bills.

The Companies Bill seeks to help protect shareholders and investors, in particular minority shareholders; as well as improve ease of doing business through simplified, decentralised and quick company formation and registration.

The Money Laundering Bill amends several pieces of legislation in order to achieve the enactment of a comprehensive legal framework to combat money laundering and terrorist financing.

In particular, it seeks to domesticate the International Convention for the Suppression of the Financing of Terrorism that was adopted by the United Nations General Assembly; domesticate the implementation of 40 recommendations regarded by the Financial Action Task Force (FATF), as representing international standards to which all states should aspire; and strengthen the legislative defences against misuse of the country’s financial system for the purpose of money laundering or the financing of terrorist activities.

These pieces of legislation are significant because they support the current drive by the new administration to woo investment and fight corruption and illegal externalisation of funds.

It is estimated that a whooping $5 billion could have been siphoned out of the country since dollarisation in 2009. This amount is equivalent to over 30% of the country’s annual GDP, and is almost the same as the size of the 2018 national budget of $5,74 billion.

The Money Laundering Bill comes against the backdrop of a lukewarm response to President Emmerson Mnangagwa’s three-month moratorium for individuals and corporates that externalised money and assets to bring them back to Zimbabwe.

During that period, government was not going to ask questions nor prefer charges against those that would have repatriated back the money and assets. However, only a paltry $250 million in cash has since been returned against huge estimates of illegally externalised funds. President Mnangagwa has since promised to publish the names of those that did not take heed of the moratorium. This legislation, when passed by Parliament and signed by the President into law, should deal with the culprits. Terrorism is a growing international problem. And in some cases, terrorist activities are financed by nationals and big corporates.

It would seem in our case the Bill is also aimed at ensuring that those who fled the country when President Mnangagwa took over will not receive funding from sympathisers back home to destabilise the country.

The Financial Intelligence Unit, housed under the Reserve Bank of Zimbabwe, will be given enhanced powers and resources to monitor suspicious transactions in the financial sector and report the findings to law enforcement authorities.

For the proper performance of its functions, the Unit shall have power to obtain from any financial institution; designated non-financial business or profession; law enforcement agency; competent supervisory authority; public authority or public officer; company; trustee of a trust; private voluntary organisation registered or required to be registered in terms of the Private Voluntary Organisations Act [Chapter 17:05]; and any information, whether specific or general, that the director-general considers necessary for the Unit to effectively carry out its functions.

The Unit reports to the Minister of Finance who then lays the reports in Parliament, thereby subjecting looters to public scrutiny.

The Companies Bill is important because it will further streamline business set-up procedures under the current ease of doing business reforms. The reforms, supported by development partners such as the World Bank, has seen a number of measures being implemented to try and make it easier for businesses to operate.

According to the World Bank Doing Business Report for 2018, Zimbabwe made starting a business easier by removing the obligation to advertise applications for a business licence. Zimbabwe also improved access to credit information by launching a new credit registry.

In the report for 2017, the World Bank said Zimbabwe made dealing with construction permits faster by streamlining the building plan approval process.

Zimbabwe made registering property easier by launching an official website containing information on the list of documents and fees for completing a property transaction, as well as a specific time frame for delivering a legally binding document that proves property ownership.

Now that the bills have been gazetted, interested parties must submit their views to the relevant portfolio committee, which is the Finance and Economic Development Committee.

The rules of Parliament require at least 14 days from gazetting to introduction of a Bill in the House. There will also be another 26 business days when the bills are referred to the Parliamentary Legal Committee to determine if any of their provisions violate the Constitution. So there is ample time for stakeholders to engage Parliament and influence necessary changes.

By Erasmus Makarimayi 21h ago
Believers are overcomers

By AMH Voices 21h ago
Letters:Deadline for an August election fast approaching

By Jonah Nyoni 21h ago
Life needs a fight