Hurungwe dreamer who died with his dream 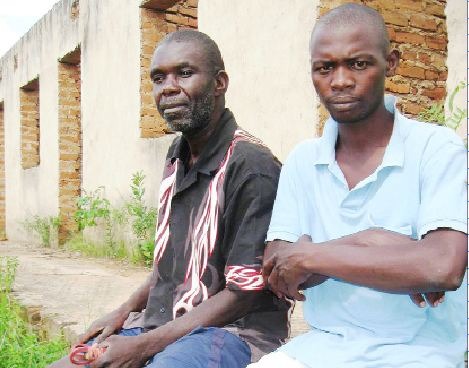 His undying wish is if only the late World Health Organisation representative, Jasper Zvondasi Kusemamuriwo (JZ) was given a few more years to pursue his dream of the Chisape Health Centre to its finalisation. Several villagers here share the same frustration.

“It is unfortunate that we have no say in God’s decisions. But Kusemamuriwo’s death was a big blow for us as a community. We are poorer without him. He should have lived longer, as he was a man of the community and the health facility was one of his noble ideas,” he said.

The unfinished block with its seven rooms appears to mock villagers, who were waiting in anticipation for its completion and the community believes some finishing touches could have made a difference for them.

For Mupamombe, whose homestead is situated about 500m from the one-hectare plot allocated to Kusemamuriwo by Hurungwe Rural District Council (HRDC), the site drives a dagger into his heart every time.

Barefooted, Mupamombe led this reporter to the clinic situated about 300m north of Chisape Business Centre.

The inside of the structure, which has no roof, was yet to be plastered, and the pit of river sand and bricks used during construction almost six years ago are still scattered around the place.

“As a community, we gave a hand through moulding of bricks, as each of the 17 headmen provided 10 000 bricks each for the project. It was our project, but the late Kusemamuriwo was on the driving seat and knew where we were going. We are lost and do not know how to proceed,” he said.

Villagers said part of the community initiative by Kusemamuriwo, who sponsored with cement and paying of builders, will remain etched in their hearts.

Godknows Shumba (26) of Matanga village said the project part of community remembrance and cherish of Kusemamuriwo’s commitment to develop Hurungwe within Magunje constituency.

Kusemamuriwo had friends in the international health sector, where he could source medicine once the centre had become functional.

“We believed him, as he stood by his words and action. He was humble, humane, accommodating to everyone and financially assisted several underprivileged members of the community. We lost a true community leader, who was development-oriented,” Shumba said, looking dejected.

Maria Mapanga (32), another villager, said the clinic would have helped pregnant women, who have to travel to Magunje Clinic about 10km away.

“We thought it was going to be nearer for pregnant women, who rely on scotch carts for transport. This is an unfulfilled dream that must become a reality. We hope someone will come on board and help finish it off,” she said. Ward councillor, Bradwell Chasara said he was concerned at the fate of the project.

“Council and the community are committed to giving a hand, but we are waiting for the Kusemamuriwo family to tell us the challenges being faced so that we look for other investors or donor to complete the project. Council has since written to them, so that we work together,” he said, adding that the clinic had a catchment of over 5 000 people.

“We are in touch with the family and we look forward to finding common ground, so that the community benefits as per his wish,” he said.

JZ’s daughter eldest son, Tonderai said the family was facing financial challenges to finish off the project, but were keen to see it completion.

“We have door and window frames, but we fear they will be stolen, if they are not secured. However, if anyone wants to assist comes on board, we appreciate,” he said.

The late JZ was born in 1942 and attended Charles Clerk Primary School before he went to Tegwani for his secondary education. He taught in Harare before joining Lever Brothers as a marketing researcher.

Later on, he went to further his education in the United Kingdom, where he worked for Barclays Bank and joined its local branch upon return.

He then joined the civil service again in 1980s before joining WHO as an administrator.

During his stint at WHO, Kusemamuriwo worked extensively in Africa covering Zambia, the Democratic Republic of Congo and Kenya, among other countries. He retired in early 2000 and besides his international exposure, he retreated to Hurungwe, where he remained an active member of the community.

His wish, like several thousands of villagers, here was for affordable and near health facilities, education and clean environment.