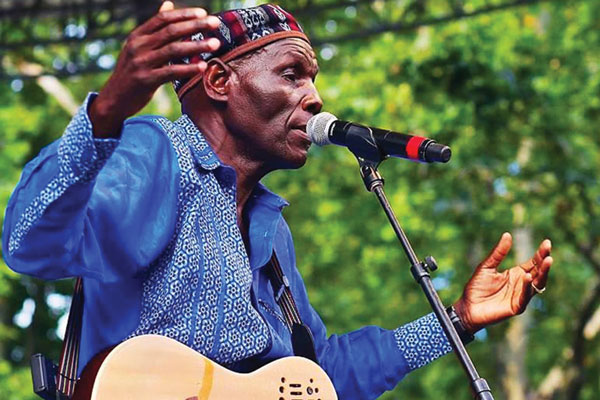 Legendary jazz musician, Oliver Mtukudzi, who already has 66 albums under his belt, is ready to give fans his 67th offering that is packed with “life lessons and an Oliver sound”.

JOHANNESBURG — Legendary jazz musician, Oliver Mtukudzi, who already has 66 albums under his belt, is ready to give fans his 67th offering that is packed with “life lessons and an Oliver sound”.

The 65-year-old told TshisaLIVE that the most significant thing about his upcoming album, Hanya’Ga (Concern), was the message.

“My 67th album is meant to share a message of introspecting and I’m hoping people learn a thing or two from it. It’s an album I wrote last year after I realised that the world keeps getting tangled up in ‘unnecessary’ problems, all because we are focused on competing and being better than the next person,” Tuku said.

“In so doing, we keep stepping on each other’s toes but that is not how God created us. God meant for us to complement each other, that’s why he didn’t duplicate talent.”

Tuku said that he learnt to play the guitar by experimenting and even though professional guitarists once laughed at his experiments, it has stood him in good stead.

“I looked for a sound the guitar couldn’t make in a guitar — that is how I learned to play the guitar. Professional guitarist at the time use to laugh at me. I used to look for a mbira (music instrument) on the guitar strings. I’ve always been experimental. But it was a blessing in disguise because I went on to pioneer a sound that was later labelled Tuku music,” he said.

Tuku said words from his mother about what makes great music always inspires him to do better.

“According to my mother, she believed that I will never come up with a song that surpasses my birth cry. From that, I’ve been making music to compare to that first cry … because it probably was more than how my cry sounded. It must have been more what my birth cry meant to my mother. That is the kind of music I make,” he said.

Mtukudzi that his music always carried a theme of self-discipline: a life principle he lives by.

“Culturally, you don’t get to sing a song when you have nothing to say. That’s how it is supposed to be. You lose the purpose of a song if it says nothing. You must have something to share with the people who are listening. A song is what you are talking about, adding instrumentation, is adding flavour.”