Wood fuel as a source of energy 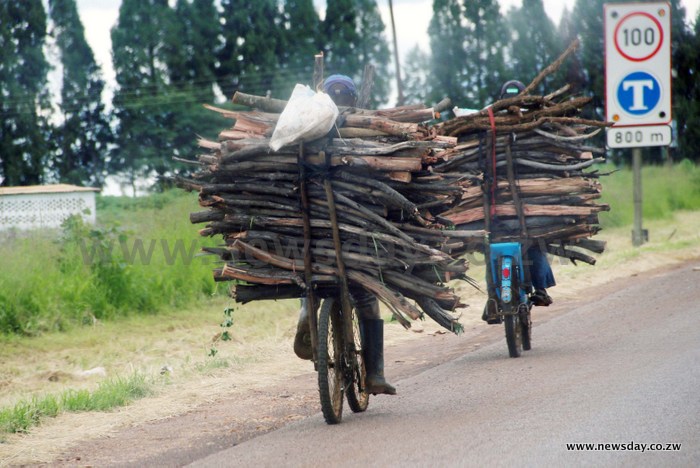 Wood as a forest resource and a source of energy has dominated the world’s rural energy data bases in the form of firewood for both heating and lighting.

Wood as a forest resource and a source of energy has dominated the world’s rural energy data bases in the form of firewood for both heating and lighting.

As a result, wood resources have suffered so much depletion mainly because of being readily available, accessible and cheaper, except in cases where there are strict regulations and control measures concerning harvesting practices.

The burning of forests, through wild and veld fires as well as use of wood as the first and foremost forest household fuel for domestic applications have made wood a source of pollution.

Large quantities of smoke from burning forests and wood resources are gradually changing the composition of air in the atmosphere. Wood can be used as chopped pieces, pellets and charcoal in open fireplaces both for heating and cooking.

Wood and wood products are still being widely used in many parts of the developing world, particularly in Africa for the daily cooking and lighting routines as well as for flu curing tobacco.

This accelerated the dwindling of forests in Africa at an alarming rate, coupled with nonexistent and little palliative replacements, as well as lack of enough and empowering education and awareness. Besides being a centuries-old energy source, wood is widely used for housing, fencing poles and furniture, among an array of uses.

As many countries around the world push for alternative new forms of energy in the form of renewable energy, wood has not been spared from the calamities of eco-freak behaviours like forest plunder and degradation.

Forest preservation and protection education has not been fully-entrenched in the minds of the people in developing countries, as their relationship with the forests is not sustainable and well-informed.

In this regard, for the governments in the developing world to score a first in conquering and removing the forests from the people’s minds, they have to make renewable energy products cheap, accessible and readily available.

But nowadays, with the forests around the world dwindling at a blistering pace, it is environmental stewardship and dominionship which is highly-called for.

Policies for forest protection are not always watertight in developing countries as they leave out procedural gaps and glaring loopholes.

In many countries, people are still exploiting wood resources for firewood and pile them by the highway and roadsides, in the full glare of the prosecuting authorities and law enforcement agencies, without being arrested.

By so doing, the environmental role of the forests is not seriously taken care of.

The people need to be taught about sustainable forest management practices. The role of forests for climate protection is only on paper, for glossing purposes and grandstanding, and not indeed, without walking the talk.

The role of wood fuel in the current and existing energy-mix, is still well-pronounced and its footprints are a testimony of the world-wide wood destructive addictions.

A closer-analysis serves to reveal that it’s not only the poor of the poorest who use wood resources indiscriminately, but a cross-section of the society, including the rich and the famous.

Wood fuels represent about 7% of the world’s total primary energy consumption, where developing countries account for nearly 15% percent. When policymakers talk about environmental destruction, they normally pay lip-service on wood sustenance in the energy-matrix.

People have not been taught a culture of forest regeneration in a proactive manner.

The lust for wood as a form of fuel and energy has left forests vulnerable and exposed, more than ever before.

Peter Makwanya is a climate change communicator. He writes in his own capacity and can be contacted on: petrovmoyt@gmail.com