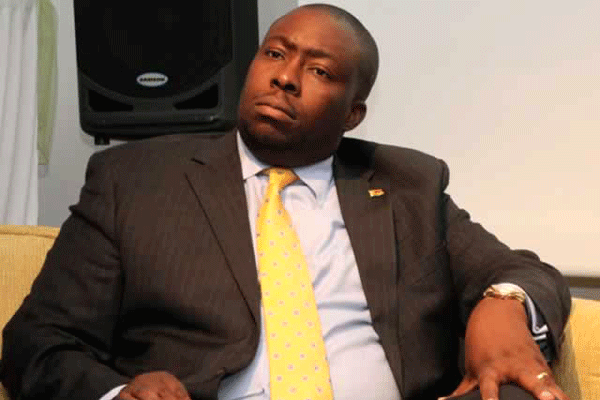 Zanu PF has roped in the Chinese Communist Party (CCP) to train its officials on mobilisation ahead of the 2018 general elections as the ruling party gets increasingly jittery over the prospects of facing a united opposition, NewsDay has heard.

Zanu PF has roped in the Chinese Communist Party (CCP) to train its officials on mobilisation ahead of the 2018 general elections as the ruling party gets increasingly jittery over the prospects of facing a united opposition, NewsDay has heard.

A delegation from China has been in the country for the past two days training Zanu PF provincial leaders on how to handle party business in a manner that could ensure development and continued electoral success.

The training was held at the party headquarters on Thursday and yesterday.

“We have Herbert Chitepo School of Ideology seminars we are conducting with provincial leaders of the party and an exchange programme with CCP,” Kasukuwere said.

According to a party official who attended the meeting that was also addressed by Kasukuwere, the Chinese delivered lectures on selection of leaders and ways to represent the interests of the people, not individuals.

“You know China does not hold elections. The ruling party simply selects the leader who will lead the party and government. So they were teaching us on how as a party we should put first the interests of people and to ensure development of the country,” the official said.

“They were teaching us on how to win; the party can be people-centred in order to win the hearts of the voters.”

China is the world’s second biggest economy after the United States. It uses a one-party State model of governance while adopting the concept of a developmental State where government takes a leading role to facilitate accelerated economic development.

Analysts have accused President Robert Mugabe, who is Zanu PF candidate for 2018 elections, of failing to copy from China’s development model after Zanu PF adopted the Look East policy following frosty relations with the West.

The beleaguered Kasukuwere reportedly presented a paper on conflict resolution to allow members of the fractious Zanu PF party to find each other as Zimbabwe edges towards another watershed poll. The meeting drew over 90 participants, nine from each of the 10 provinces except Masvingo, which had an extra two after members from the feuding Zanu PF factions made it to the meeting.

The meeting was attended by provincial chairpersons, political commissars, and provincial secretaries for administration from the main wing, women and youth leagues.

Zanu PF has two distinct factions: G40 which reportedly enjoys the support of First Lady Grace Mugabe and Lacoste which is sympathetic to Vice-President Emmerson Mnangagwa.

The factional fights have resulted in the suspension of Masvingo provincial commissar Jeppy Jaboon and vice-provincial chairperson Amasa Nenjana by the provincial executive.

But the two claimed the meeting which resolved to fire them was unconstitutional.

Nenjana was fired without charge and replaced by Ailess Baloyi, who now doubles as the secretary for administration. Jevas Masosota was appointed acting provincial commissar to replace Jaboon, who is the MP for Bikita South. Both Baloyi and Masosota are from Chiredzi.

Chadzamira won the chairmanship in a race in which his G40 rival, Mutero Masanganise, pulled out at the last minute citing gross irregularities.