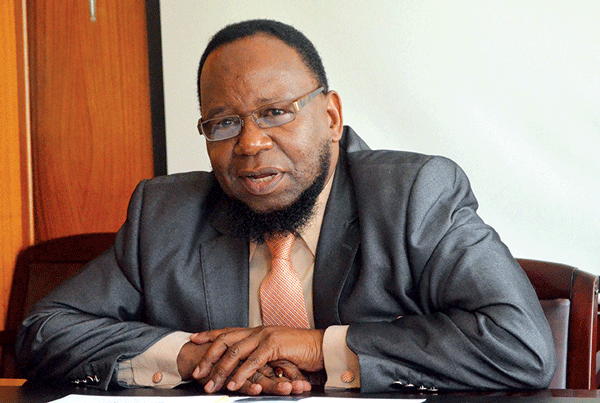 PARLIAMENT has rejected a petition by the Progressive Teachers’ Union of Zimbabwe (PTUZ) to force the legislature to investigate and stop government’s new curriculum introduced early this year, NewsDay has learnt.

PARLIAMENT has rejected a petition by the Progressive Teachers’ Union of Zimbabwe (PTUZ) to force the legislature to investigate and stop government’s new curriculum introduced early this year, NewsDay has learnt.

PTUZ, through its 11 000-strong membership, on February 17 presented a petition to the National Assembly demanding that the government be stopped from implementing the new education syllabus and allow for wider consultations.

PTUZ described Primary and Secondary Education minister Lazarus Dokora’s new education curriculum as having lacked consultation with stakeholders, consensus and required reskilling of teachers, piloting the project and validating the process. The union described the process that led to the new curriculum as “hurried, chaotic, shambolic and lacking in the provision of the requisite syllabuses and other resources, lacked focus, direction and national consensus on content”.

In response, acting Clerk of Parliament an N A Sunga, on April 4, said the petition did not meet the legislature’s rules.

“Although not cited, the petition was made under section 149 of the Constitution, ‘Right to petition Parliament’, which gives every citizen and organisation the right to petition and obliges Parliament to consider any matter within its authority.

“The petition you submitted is currently inadmissible for failure to adhere to the Standing Rules and Orders of the National Assembly, more specifically, the petition failed to meet the requirement as per Appendix D paragraph 3, which states a petition on behalf of an organisation should state ‘the manner in which they are funded’. Therefore, you are, hereby, advised to comply with the requirement as stated above and accordingly resubmit your petition,” Sunga said.

“We are going to comply and keep making noise. We want them to listen to what we are saying,” he said.

The petition said Dokora’s new curriculum falls short of the 1999 Nziramasanga Commission’s recommendations despite the government having indicated that it is the foundation of its new thrust.

PTUZ argues that teachers have been reduced to clerks, there is no time for lesson delivery and that there are no learning/teaching materials.

“Classes are too big considering the prescribed teacher/pupil ratio of the new curriculum. Assessment of the practical components is not feasible and it remains unqualified.

“The information communication technology (ICT) requirement of the programme is not practical in rural schools and even some urban schools. Teachers have not been properly staff-developed for the ICT component and many other areas.

“There is a mismatch of teachers and subjects which will result in forced transfers of the teachers.

No guidelines/specimens on continuous assessment [purely a recipe for abuse]. Timetables are completely overcrowded,” PTUZ said in a litany of issues listed in the petition.

Dokora has admitted that there are logistical glitches relating to the implementation of the new curriculum including lack of teaching materials, in particular.

Government’s science, technology, engineering and mathematics (stem) thrust and the new curriculum “are also in conflict”.

“Why make Heritage Studies/Agriculture/Mass Displays and Physical Education compulsory and relegate Stem subjects to electives/optional? Government policy on teacher recruitment freeze is working against the successful implementation of the new curriculum,” the petition read.