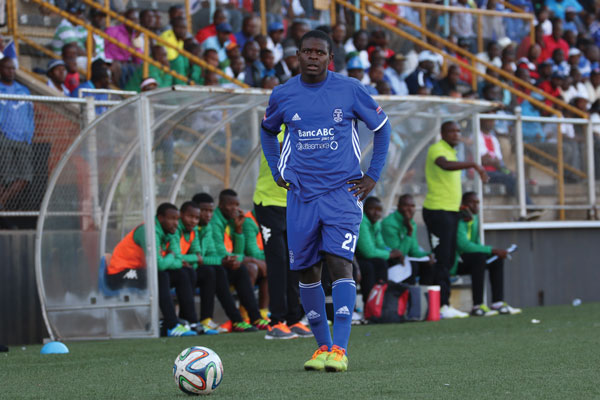 GODKNOWS Murwira has completed his switch to Ngezi Platinum, dealing a huge blow to Dynamos who were keen to keep one of their outstanding players from last season.

GODKNOWS Murwira has completed his switch to Ngezi Platinum, dealing a huge blow to Dynamos who were keen to keep one of their outstanding players from last season.

As revealed by NewsDay on Wednesday, Murwira has signed for the Mhondoro-Ngezi side to reunite with his former coach Tonderai Ndiraya.

Ngezi chairman Jeremiah Gasitene yesterday confirmed that the utility player had signed a two-year contract and becomes the club’s sixth signing after his former Dynamos teammate Dominic Mukandi, who has also joined the side, Qadr Amini, Xolisani Moyo, McLive Phiri and Edgar Mhungu.

He is expected to join his new teammates on Monday.

Murwira was the outstanding player for the Harare giants last season in which he was voted one of the 11 Soccer Stars of the Year finalists.

The former Shabanie Mine player, whose contract runs out tomorrow, had publicly assured Dynamos fans that he would not leave the club for another local side.

But it appears he had a change of heart, perhaps having been swayed by the opportunity to play in the Caf Confederations Cup, offered by Ngezi Platinum.

Murwira’s capture is a major coup for Ngezi as they seek to bolster their squad for Africa. It is also a major warning to their local rivals that they mean business next season having already sent shockwaves by winning the country’s major cup competition, Chibuku Super Cup, in their debut season.

Gasitene said they were likely to sign one more player ahead of the December 31 Caf deadline for submission of squads for continental club competitions.

Ngezi Platinum will begin their Confederations Cup campaign with an away match against Pamplemousse of Mauritius in the preliminary round.

They travel to Port Louis on the weekend of February 10-12 before hosting the return leg seven days later.

If they progress past the Mauritian side, they will meet Recreativo do Libolo of Angola in a first round in March The 16 winners of the first round advance to the play-off round, where they are joined by the 16 losers of the Champions League first round.

The 16 winners of the play-off round advance to the group stage.