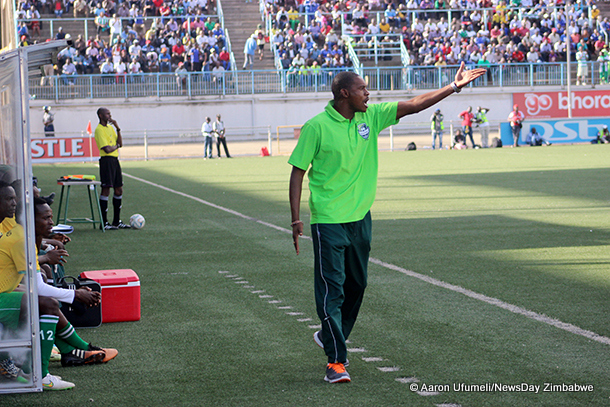 WITH the intriguing Castle Lager Premier Soccer League (PSL) race taking a break this weekend, the pressure is still on for coaches as the rewarding Chibuku Super Cup erupts.

WITH the intriguing Castle Lager Premier Soccer League (PSL) race taking a break this weekend, the pressure is still on for coaches as the rewarding Chibuku Super Cup erupts.

With most of the clubs struggling for finances, the $315 000 competition presents an opportunity for them to make some much-needed cash while it also affords the Caf Confederation Cup ticket to the winners.

This competition is an opportunity for PSL teams to quench their financial thirst. Winners of the competition are guaranteed a cheque of $75 000.

Harare City are out to defend the title after they won it last year with Taurai Mangwiro stunning favourites Dynamos 2-1 in the final on October 31 at the National Sports Stadium.

Moses Chunga is now the man in charge at Harare City as they take on lowly Border Strikers in the first round on Friday at Rufaro Stadium, knowing fully well that they have an opportunity to atone for a disappointing league run where they sit 15 points off the pace with seven matches to go.

Norman Mapeza’s (pictured) FC Platinum clash with Chapungu in a Midlands derby at Mandava on Saturday.

Mapeza, who is eyeing a double said they were expecting a tough tie.

“There is no difference from the league. The only difference is that in the cup game you don’t get relegated. It is a game of football and we have to put everything into it and are taking this cup very seriously. If you see how they have been playing, Chapungu was a very good side,” Mapeza said.

The platinum miners won the Chibuku Super Cup in 2014 and surrendered it last year losing to Dynamos in the quarter-finals.

Caps United, who are running with Highlanders and FC Platinum for the league title, have a first round clash with Tsholotsho at the National Sports Stadium on Saturday.

Caps will be hoping to continue on a good run having won their last three league matches.

Last year, the Green Machine crushed out in the first round to ZPC Kariba in a match played at Rufaro Stadium.

And with their financial tap having seemingly run, dry they can ill-afford an early exit.

Bulawayo giants Highlanders are oozing with confidence after beating Dynamos 2-1 in a league match Barborfields Stadium on Sunday.

They have a tricky customer in Mutare City Rovers who have claimed four points from Highlanders in the league this season.

Dutchman Erol Akbay believes his side can thrive under the pressure of expectation.

“We are in the race to win the league title and we also have to win this cup. This is good pressure for Highlanders. It’s a must that we progress to the next round,” Akbay said.

Last year Bosso were knocked out of the same competition in the first round by How Mine.

Sunday Chidzambwa has ruled his side ZPC Karibaout for the running for some Castle and is looking forward for some Chibuku.

“Bulawayo City are not easy opponents, I watched them play against Harare City. They are a good side and are playing very well. Cup games are difficult to play and to predict, but I am sure it is every coach’s dream to progress to the next round. Count us out in the league race. We messed up when lost eight matches. Maybe if we had won three or four of those eight matches,” Chidzambwa said.