No financing programme with Zim—IMF 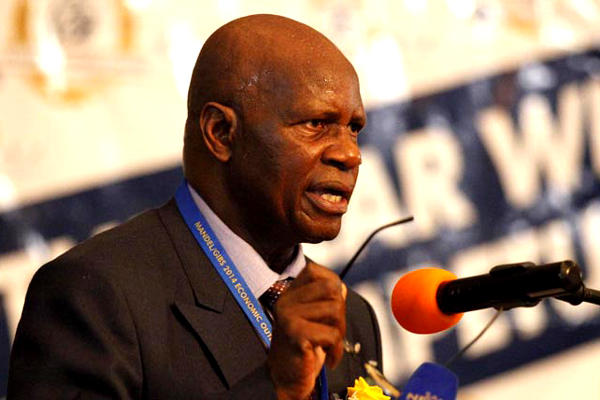 The International Monetary Fund (IMF) says there is no financing programme with Zimbabwe under discussion, a move that rebuts claims by Harare that it was in talks with the global lender.

The International Monetary Fund (IMF) says there is no financing programme with Zimbabwe under discussion, a move that rebuts claims by Harare that it was in talks with the global lender.

At a Press briefing on Thursday, Gerry Rice, IMF Communications department director, said Zimbabwe was working on a plan to clear its arrears with the fund and other international institutions adding there was no financing programme under discussion.

“There is no financing programme under discussion with Zimbabwe at this point. However, the authorities have announced a plan to clear their arrears with the fund and with other international institutions as part of their re-engagement with the international community,” he said.

The remarks contradict statements by Finance minister Patrick Chinamasa to the effect that Zimbabwe was negotiating for a country financing programme.

Chinamasa told an investment conference in London recently that the clearance of arrears alone was not enough to pull the country out of the woods.

“So the discussion we are currently having is that alongside the clearing of the arrears, we are negotiating for a country financing programme. Top of the agenda of the programme would be agriculture,” he was quoted saying by State media.

Under a plan presented at the IMF/World Bank annual meetings, Zimbabwe said it would clear its combined $1,8 billion owed to IMF, World Bank and the African Development Bank (AfDB) by June 30.

Recently, government said it would have cleared the arrears before the board meetings of the World Bank and AfDB in September.

Rice said irrespective of the calendar for arrears clearance, the Zimbabwean economy needed immediate reforms to address the vulnerabilities that have come to the fore.

“We think expeditious implementation of those reforms is critical to reverse Zimbabwe’s economic decline and in the process of course protect the most vulnerable segments of the population. We stand ready to help with that implementation as usual,” he said.

According to an arrears and debt clearance plan presented last year, Zimbabwe said it would get a bridge loan facility arranged by its debt advisers, the African Export-Import Bank, to clear its outstanding arrears to AfDB ($585 million) and African Development Fund ($16 million).

The bridge loan could be repaid using inflows from the Fragile State Facility of the AfDB.

Zimbabwe said it would use a medium to long-term loan to clear its $1,1 billion arrears to the World Bank Group. It said the loan would have a tenure of 10 to 15 years at an interest rate of 5-7% per annum. It would be repaid as a bullet payment, that is, the entire loan plus interest are payable at the end of the loan tenure.