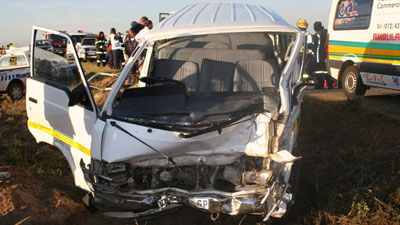 Zimbabweans have just not been travelling as often and this has led to a breakdown of our social fabric given the unmistakable umbilical cord that our people have with their rural roots.

WHILE we welcome a relatively peaceful and less bloody Easter holiday, it is important to note that Zimbabweans continue to groan under the weight of a debilitating economic crisis that our government seems as clueless as ever to contain.

By Zimbabwe’s standards, the Easter holiday, as was last year’s, has been very good in relation to accidents and the campaign by various arms of the State and non-State actors to combat carnage on the roads seems to be bearing fruit.

We welcome the fact that fewer people are dying on our roads each year now. The police described the just-ended Easter holiday as very peaceful with only 10 people killed in road accidents countrywide –two more than the same period last year.

There was also a marked decline in the number of injuries from 126 last year to 55 this year.

During the period, the police ticketed 20 528 motorists for various traffic offences, an increase of 4 501 from last year, while the number of vehicles impounded decreased by just one from 299 last year.

This is laudable, but the decline in the number of casualties cannot be attributed to good habits by drivers or authorities managing the scourge of road accidents.

It should not escape us that most Zimbabweans have failed to travel to their rural homes in recent years due to economic hardships.

Zimbabweans have just not been travelling as often and this has led to a breakdown of our social fabric given the unmistakable umbilical cord that our people have with their rural roots.

But the country’s Zanu PF leadership has seemingly gone AWOL, only visible when there is one event or another that provides them with a platform to grovel before the leader or insult one group or another especially within the party.

Toxic language pervades Zimbabwean society and cynics could be right in predicting doom and gloom or, worse still, social upheaval.

It is true that Zimbabweans went to the polls almost three years ago and whether by hook or crook, then 89-year-old President Robert Mugabe “won” another five-year-term.

Mugabe is now 92 years old and his handlers are struggling to keep under wraps his failings as age catches up with him. The fact that the Zanu PF government is consumed with succession shows how important the issue of leadership renewal has become.

We cannot continue to bury our heads in the sand and pretend it is business as usual. Something must give in and this before it is too late. It has become apparent even within Zanu PF that we have a leadership crisis that must be addressed. Our predicament is that we still have some within our body politic who, for purely personal reasons, have defended the indefensible. Something just has to be done; this is just an untenable situation.