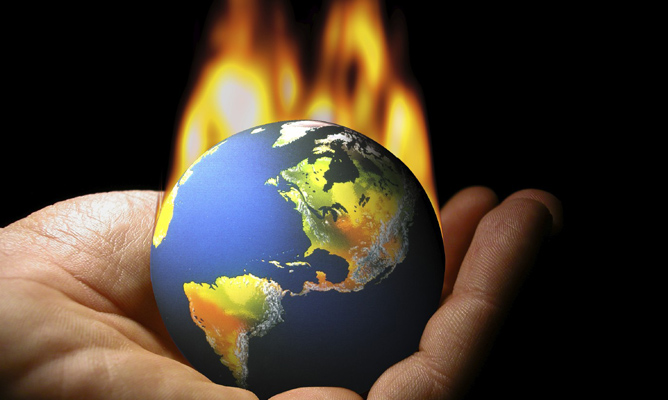 The nature of excitement coupled with phony expectations have left a lot of neutrals wondering as to what exactly is in store for the African continent. It is common knowledge that in any given country, there is not much political will to tackle climate change head-on but when it comes to attending these international conferences, the hype involved is as if it would be the second coming of Jesus Christ.

Africa has not benefitted from these climate change negotiations, as the African countries would be at pains to portray. These international climate change meetings always give leverage to carbon emitting nations to pollute more, then come back to negotiate while they continue to emit more carbon into the atmosphere. The major undoing for Africa is to continue looking for solutions from carbon sinners, who are not yet ready to stop carbon emissions.

COP21 is already behind us or probably forgotten, so are the pledges and commitments to reduce greenhouse gases. Yes, nations pledged and agreed, but it largely remains to be seen if these commitments are going to be implemented as agreed upon. Africa is vulnerable in a number of aspects; that is in terms of its voice, cohesion and meaningful unity. On paper, Africa always scores spectacular goals, but the situation on the ground does not show that. This is not aimed at watering down the efforts of the African representatives, but they always play into the tiger’s hands. I doubt if the African continent can claim successes and satisfaction from the recent COP21 resolutions. Besides the French hospitality and its famed cuisine, l doubt if there is anything practical or tangible to see. I might sound more of a pessimist, but a deeper analysis would reveal that it is not yet dawn as far as the climate matrix is concerned.

This article seeks to explore the dark and grey aspects militating against possible African breakthroughs in the climate change discourse. Yes, the African continent was able to speak with one voice, but how audible this voice was, is anybody’s guess. Africa’s helpless position stems out of its desperate situation of enduring the harshest effects of climate change, yet it contributes the least emissions compared to other continents. The major emitting nations don’t experience the effects of climate change the way Africa does, but they always get away with it. They also have the power of resources behind them.

For the COP21 resolutions to be effective, they need to help redeem Africa from its victim status. It is this victim’s tag that is stopping African governments from acting proactively. African governments want to solicit lots of sympathy from rich polluting nations at the same time benefiting from their benevolence. When it comes to these negotiations the African continent suffers from the split-personality syndrome, as on one hand Africa would want to appear tough to the major emitting nations, while at the same time it would be extending a begging bowl. As a result, these major carbon-emitting nations do not take Africa with the seriousness it deserves, as they always play hide and seek.

Obviously, we would want to wait and see if these concessions are going to bear any fruit or are they indeed enough to address Africa’s climate challenges. Despite the Paris agreements not being exhaustive enough, Africa can take a bit of solace in the fact that although major polluting nations are moving at a snail’s pace, at least they are sauntering towards the direction of cutting on emissions. It may not be anytime soon, but finally they appear to be heading towards that direction. They may arrive or they may impose their own obstacles and barriers on the way just to slow down the process as fossil fuels are still big business.

The other militating factor is the lack of clear emissions deadline and that is one of the major leaks of the conference’s resolutions. This gives room to the emitting nations to pollute as much, pretend that they are within the 1,5 to 2 degrees cut-off points and then when they feel like, they would reduce emissions as long as it is within this century. They may not be worried much about the five-year review implementation towards emission reductions, as this largely depends on their political will to override or not to override the environmental aspect.

The issue of African countries instituting sound adaptation programmes, which would attract funding from the developed countries and their will to do so, would largely depend on the currently obtaining relationships with the developed countries as well as their readiness to assist certain African countries. While developed countries appear willing to fund adaptation programmes in developing nations, there is currently no instrument that binds them to do so and obviously no action will be taken against their failure to assist. As much as the Paris agreements appear binding, they seem to be in danger of lacking the national political will. As is the case right now, how many African countries are seriously committed to confronting the issue of climate change? Many African leaders are pre-occupied with regime change issues more than the environment, which is supposed to take care of itself anyway. After all, these are natural phenomena which God should take care of.

The glaring leaks and inadequacies of the Paris agreements is that it will set the stage for possible failure first and then the agreements would be improved later after African nations would have been sufficiently ravaged by the effects of climate change. If the said historic Paris agreement has not been adequately implemented, then it is Africa that is bound to continue suffering. Africa might have agreed to a common position before COP21, but its representation on the Paris international conference was not balanced. A closer analysis would reveal that some countries had more climate change experts in Paris than others. African countries of the Francophone bloc had their presence heavily felt compared to those from the Anglophone block with the exception of Kenya and a few others. It would appear Benin, Cameroon, Gabon and Senegal are more knowledgeable, yet they are nowhere near the literacy ladder of Africa. It’s a pity that Southern Africa appeared not to have enough climate change experts and l don’t know what the problem really was.

As such, the playing field itself was heavily tilted towards the Francophone bloc suggesting that they are climate savvy, compared to other blocs. The other issue is the role of international NGOs based in Africa. What influence or working relationships do they have with the African countries?

Lastly, African countries need to look inward and craft home-based adaptation programmes as they wait for the Paris-pie.

●Peter Makwanya is a climate change communicator. He writes in his own capacity and he can be contacted on: petrovmoyt@gmail.com