Parliament must do more to protect the Constitution 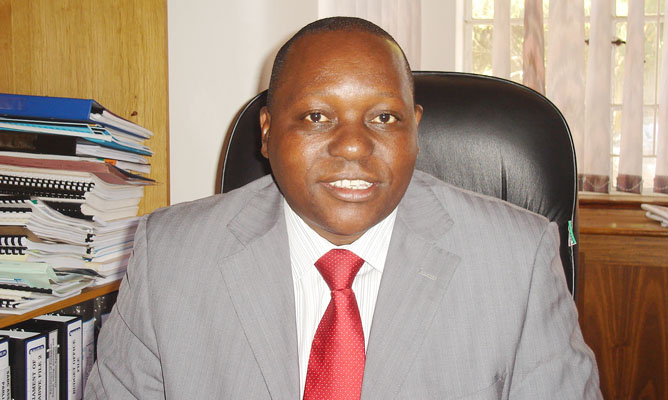 Supremacy of the Constitution as described in section 2 means any law, practice, custom or conduct inconsistent with it is invalid to the extent of the inconsistency. Failure to speedily harmonise laws with the Constitution is therefore a serious violation of the supremacy provision. It also means the obligations imposed by the Constitution are binding on every person, natural or juristic, including the State and all executive, legislative and judicial institutions and agencies of government at every level, and must be fulfilled by them.

Section 119 (2) confers power on Parliament to ensure that the provisions of the Constitution are upheld, and that the State and all institutions and agencies of government at every level act constitutionally and in the national interest. For the purposes of that sub-section, all institutions and agencies of the State and government at every level are accountable to Parliament.

Surely, these provisions have significantly empowered Parliament to discharge its mandate effectively. I often hear some people commenting that Parliament has weak statutory powers vis-à-vis the Executive or that it is a junior partner in the governance system. This is not true at all given the constitutional provisions that I have outlined. For me, what is left is for Parliament to exercise its abundant statutory powers.

As one of its founding values and principles, the Constitution recognises separation of powers between the Judiciary, Parliament and the Executive. Under a strict understanding of the principle of the separation of powers, each arm of the State should not interfere with the other arms.

The role of Parliament is to make the law, the Judiciary to professionally interpret the law and the Executive to dispassionately enforce the law. The principle is aimed at ensuring that the use of State power is not abused, and constitutes a system of checks and balances on State power.

Because of its mandate to protect the Constitution, Parliament must ensure that the principle of separation of powers is strictly observed. A situation whereby the Executive continues to take the lead in making the law is not consistent with the principle of separation of powers. Section 117 of the Constitution is explicit that legislative authority is exercised by the Legislature which consists of the President and Parliament. Section 130 goes further to say that both the Senate and the National Assembly have power to initiate, prepare, consider or reject any legislation.

I do not therefore buy the argument that Parliament’s hands are tied in the alignment of laws with the Constitution because it is ministers that are not bringing draft legislation to the House. Yes, it is practice that most Bills come from the Executive. However, this does not mean that individual members or portfolio committees cannot bring private member Bills for consideration by the two Houses.

The Constitution has also strengthened the powers of Parliament with regard to the procedure for the enactment of legislation. In the past, the President had the final say, and had power to dissolve Parliament if it insisted that he/she had to sign a Bill that the President would have returned for reconsideration.

The President can no longer dissolve Parliament if the National Assembly refuses to accommodate his/her reservations on a Bill. He/she has to sign it into law despite those reservations. If however the reservations are of a constitutional nature, the Bill will be referred to the Constitutional Court which has the final say on whether or not the Bill has to be signed by the President into law.

And Members of Parliament have a very strong ally in the lawmaking process. The ally is the people. Section 117 says legislative authority of Parliament is derived from the people. This is significant in that Parliament cannot pass legislation without meaningfully consulting the public. This has been addressed in section 141 (b) which requires Parliament to ensure that interested parties are consulted about Bills being considered, unless such consultation is inappropriate or impracticable.

We are already in the third session of the 8th Parliament, meaning we are only left with two sessions before the life of Parliament comes to an end for the 2018 general election. It is high time we began to see serious efforts by Parliament to ensure that provisions of the Constitution are upheld. Failure to do so means this Parliament would have dismally failed in its constitutional mandate.

By AMH Voices 7h ago
Zim now a failed State