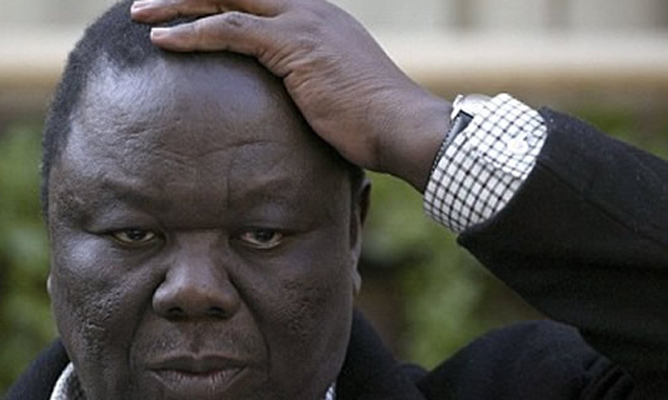 MDC-T leader Morgan Tsvangirai has sensationally claimed there is a fresh plot to oust him from the leadership of the party he helped found, saying some of his lieutenants were plotting a fresh congress so they could kick him out.

MDC-T leader Morgan Tsvangirai has sensationally claimed there is a fresh plot to oust him from the leadership of the party he helped found, saying some of his lieutenants were plotting a fresh congress so they could kick him out.

Tsvangirai made the revelations when he addressed party supporters in Chitungwiza on Monday, saying he had it on good authority that some of his top lieutenants were already campaigning to hold another congress, hardly a year since the last one, where they hoped to be elected as new leaders.

“When we came from our congress, we heard that others had already started campaigning for the next congress. That will not bring the desired change we want,” he said, warning that such elements would not be tolerated.

The MDC-T leader said such moves were detrimental to the main opposition party and reduced the MDC-T’s chances of dethroning Zanu PF and President Robert Mugabe.

He said divisions were a recipe for failure, particularly in his party’s strongholds such as Chitungwiza and Bulawayo.

Tsvangirai gave the impassioned speech about divisions in party, after he came face-to-face with factionalism at the burial of Harare deputy mayor Thomas Muzuva in Wedza at the weekend, where party youths nearly came to blows in what many felt was a reflection of the never-ending feud created by the October 2014 congress.

At Muzuva’s funeral, some party activists could be seen chanting slogans supporting candidates they thought should have won at last year’s congress.

Tsvangirai on Monday seemed to confirm the feud, when he warned Chitungwiza party supporters against plotting against the leadership elected at the congress.

He said his party should put emphasis on team work and avoid individualism that leads to “perennial losses”. The former Premier also urged his officials to encourage all their supporters to register and prepare for the next polls.