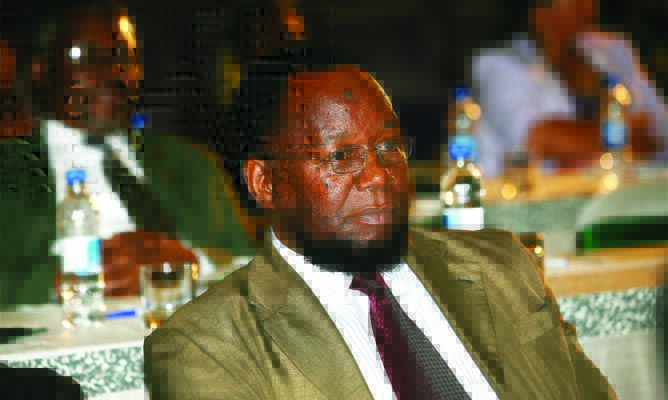 The proposed new primary and secondary school curriculum will compel children to salute the national flag and recite a pledge of patriotism everyday if approved by Cabinet.

The proposed new primary and secondary school curriculum will compel children to salute the national flag and recite a pledge of patriotism everyday if approved by Cabinet.

This was disclosed by Primary and Secondary Education minister Lazarus Dokora when he appeared before the Parliamentary Portfolio Committee on Education, Arts Sport and Culture chaired by Shurugwi South MP Tapiwanashe Matangaidze.

“The proposed curriculum review will include introduction of a national school pledge for the infant school module, junior and secondary school to instil values of pride to be Zimbabweans,” Dokora said.

He said the infant school pledge would entail children saluting and reciting the words: “Almighty God in whose hands our future lies, I salute the national flag, I commit to honesty and dignity of hard work”.

For the junior and secondary school levels, Dokora said the national pledge would be a longer version which would take on matters of diversity, freedom, acknowledgement of mothers and fathers who lost their lives in the struggle and commitment to honesty and the dignity of hard work in order to give it a personal touch.

Dokora said the words to be used in the school pledge were derived from the Constitution, adding he did not anticipate any problems with it as it was supported by the Constitution.

However, MDC-T proportional representation MP Nicola Watson Brown said there was likelihood of resistance of recitation of the school pledge by some sections of society due to religious beliefs.

Another MDC-T proportional representation MP said during the 1980s, schoolchildren used to salute the flag, but it was later dropped after the flag was no longer revered with people selling it in the streets while others used it for household decorations and other unrespectable chores.

“If people challenge it, I am willing to stand by it. Other jurisdictions like America have a school pledge and every day they recite it,” Dokora said.

“We should not doubt that our children should stand by their country. America has children of diverse cultures and even they salute the American flag.”

He said the proposed life skills that secondary school children were expected to acquire under the proposed new curriculum were things like driver’s licences at 16 years of age as an example.

But Dokora said the issue had been misunderstood as the proposal was not really that children would necessarily work in industries, but that it was to facilitate them to acquire life skills such as driver’s licences before they left school.

He said resources permitting, teachers might have to be trained to administer and examine the driving examinations, adding even if most industries in the country had closed, experts of different fields might visit the schools to impart knowledge to children without necessarily having them go on industrial attachment at factories.

Dokora said the condom issue would be embraced as part of civic education, civil rights and responsibilities.

“If you follow the thrust of our new proposal, our emphasis is on integrity and the value systems of a person. At the same time, those who will be giving condoms to the child will not be us. There are terrible consequences of saying to teachers they should give condoms, so that one is not for us,” he said.

According to Dokora, the new proposed curriculum, if adopted, will be operational in 2016 and will have a seven-year lifespan before another review.

Under the new curriculum, 50% of a learner’s grade will be determined by weekly continuous assessment and the other 50% based on examination grades.