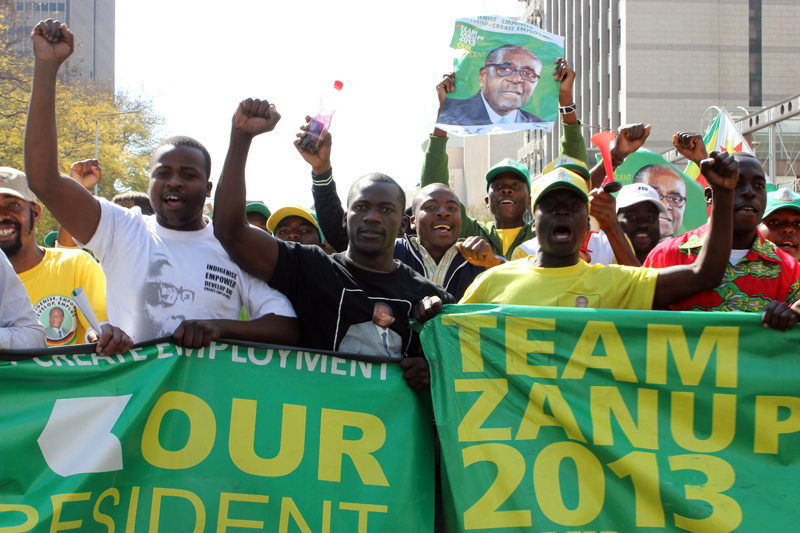 Addressing more than 10 000 guests at President Robert Mugabe’s 90th birthday bash at Rudhaka Stadium in Marondera, Angel said he was born in a Zanu PF family and did not mind what people would say about his political allegiance.

When he took to the podium, the smartly dressed Angel went all out to praise Mugabe and Zanu PF’s land reform programme.

“This country has land and there is no more land to be created.

“There is an opportunity the President has created for us and as youths, let’s take advantage and let’s be vigilant in getting what belong to us,” Angel said.

“Critics will be there and stories will be written (that) Angel has been swallowed by Zanu PF as if they know where I was before. I was born to a Zanu PF father and we had a sister who campaigned for MDC, but we never fired her from home,” he said in apparent reference to Mercy Mudzamiri Nongera, who last year contested and lost MDC-T primary elections for Masvingo Central constituency.

In 2011, Angel’s colleague and founder of the United Family International Church Emmanuel Makandiwa was criticised by the public after he signed the Zanu PF anti-sanctions petition.

The two have attracted several high-profile Zanu PF officials to their church gatherings.

After his presentation, Angel knelt before First Lady Grace Mugabe before he whispered an inaudible message to her and left the podium.

Addressing the same gathering, Roman Catholic Church priest Father Fidelis Mukonori said: “We want to pray with the President for showing us that it’s possible to be 90 and not die at nine.

“Old age is a blessing and I would like, therefore, to pray.

“I will anoint him (Mugabe) with holy oil for his soul and health and a (Roman Catholic) rosary that he carries every day.”

At 90, Mugabe, who has been in power for the past 34 years, is one of Africa’s oldest and longest-serving leaders.